OptiStak visually automates the pack pattern process with a single point of change.

Traditionally, pallet pattern programming has been a set-it-and-forget-it standard that operators rarely update or upgrade. Typically, the native software is reliable, but resistant to change and requires additional training. When a new pack pattern is required, the process is long and tedious. First, a technician must find a laptop then the process starts by downloading the pattern directly from the robot, making changes to the pattern, uploading it back to the robot, and finally running the pattern. If a case is missed or the pattern is not right, the technician must repeat the entire process from the beginning until it is right. This process requires multiple points of change and most importantly time causing changeover delays. Additionally, onsite assistance or training could be required at an extra cost. The engineers at Schneider knew this cumbersome process could be better. 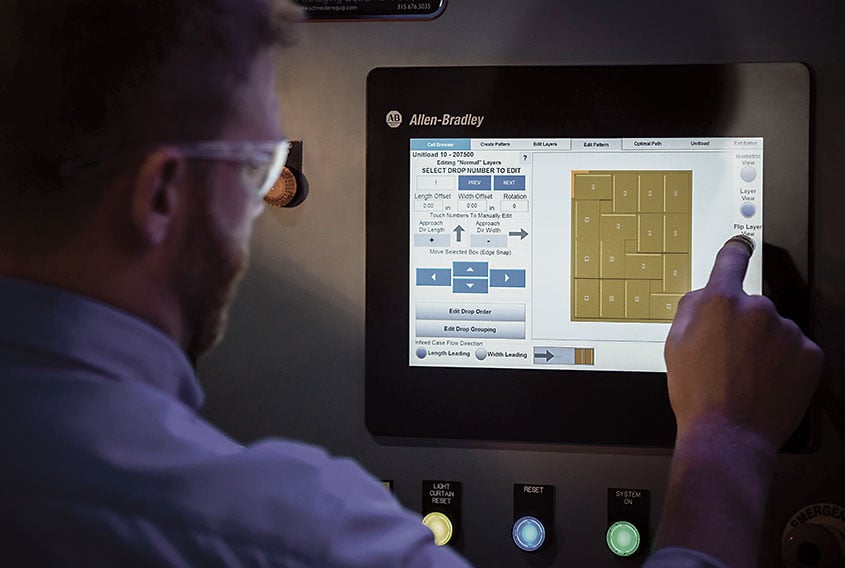 “As a team we decided to create a software solution to the problem,” said Tim Graham, Controls Engineer at Schneider and co-developer of OptiStak software. "When a new pattern is needed, someone starts by launching software on their laptop. The next steps are remembering how to use the software and uploading the pattern to the machine.”

The initial idea was to create a software solution that could skip a step between building a pattern in the virtual space and loading it onto the machine. The on-machine, HMI-based technology would also include more robust capabilities than the standard-issue software that came with palletizers. This solution became the revolutionary software called OptiStak. OptiStak eliminated the need for a laptop, but it also turned pattern changes into an easy and far less painful process.

The initial idea was to create a software solution that could skip a step between building a pattern in the virtual space and loading it onto the machine. The on-machine, HMI-based technology would also include more robust capabilities than the standard-issue software that came with palletizers. This solution became the revolutionary software called OptiStak. OptiStak eliminated the need for a laptop, but it also turned pattern changes into an easy and far less painful process.

Not only is the 3-D interface exceptionally intuitive, it also automatically optimizes palletizing based on the inputs. In addition, configurations can then be customized—directly from the HMI—in any way the operator sees fit, including labels-out presentation or alternative stacking patterns.

“It’s the most user-friendly interface I’ve ever seen on any kind of equipment,” said a project engineer in the wine industry. “I can go on the floor and put in the dimensions and quantities and that little machine just makes it happen.”

In this case, that “little machine” is the Schneider Robox, featuring a FANUC robotic arm, paired with OptiStak software. This pairing provides an important feature for the winery, since it currently produces a wide variety of bag-in-box products. The team can change the patterns on the fly without downtime and with game-changing speed. “Because we’re a small company and growing, we have to be able to change a lot and adapt to the market very quickly,” he said. “Package sizes and package configurations change, so the ability to change the palletizer easily is awesome.” He said what used to take as much as an hour now takes less than half that. Schneider Robox, with OptiStak, allows the company to keep up with the explosive growth of its production.

Up until the recent past, most bag-in-box palletizing at the fourth-generation, family-owned winery was still done by hand or an older conventional palletizer, prone to frequent break-downs. That process became extremely difficult for an operation that has seen double-digit growth of its boxed wine product lines in each of the past 10 years. The Robox and OptiStak were the company's first step into robotics.

“I thought their solutions were pretty simple and this software definitely was a big part of our decision to work with Schneider,” the winery’s engineer said. 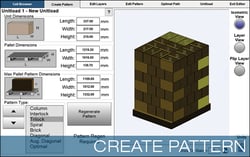 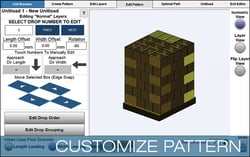 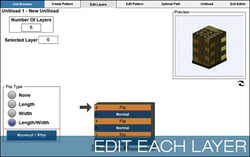 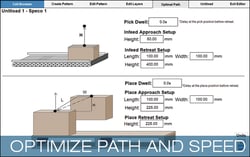 The winery produced about 1 million cases annually when he came on board as a maintenance manager six years ago. Today, operations palletize more than 5 million cases annually. A 300,000 square foot addition dedicated to filling and packaging operations was added. Since the addition, they have added five additional robotic palletizers with stretch wrapper integration.

In recent years, Schneider has been advancing its almost 50 years of experience building world-class machines and creating smarter technology behind those products. Our engineering team takes a lot of pride in the legacy of Schneider and the progressive approach to the future, embodied in products like OptiStak.

“We are constantly innovating to make our machines better and easier,” Tim Graham said. “We are never going to lose the drive to continue to evolve our world-class machines for our customers.”

With more than 50 years of industry problem solving in end-of-line automation, Schneider Packaging Equipment Company, Inc. is a leading manufacturer of case packing and robotic palletizing solutions. Headquartered in Upstate New York, we design state-of-the-art machinery for customers in industries such as food and beverage, dairy, pharmaceutical, personal care, plastics, and paper.

Receive the latest information on our products and services. Subscribe to our communications today!